Industrial designer Shin Kuo offers his solution to class conflict—not with regards to education or income, but to who has the best view.

Dubbed “Turn to the Future,” the ambitious spinning skyscraper concept features a building with units that rotate at predetermined times, giving everybody a 360-degree view of the city. The structure would showcase apartments sliding on a spiral rail around a central pillar. Each home’s gas and electric lines would automatically detach before moving and reattach in new ports at its destination to avoid fire issues, and each front door would lock before repositioning. Once the apartment reaches the bottom of the spiral, it would be whipped back up to the very top of the building by a crane.

“Urbanization has become a big trend in the world,” Kuo tells The Atlantic’s City Lab. “Because of that, buildings will become higher and higher, and more and more people who live in the lower floors of buildings will get their views blocked. Based on the results from both the Asian and the American market research, there is a [difference] in sales or rental prices between the lower floor units and higher floor units in the same building. In the future, all the top floors of buildings will be owned by people with very high incomes and the middle to lower income people will only have a limited view from their living spaces.”

Eco-conscious folks will be pleased to know that the design incorporates solar panels and a regenerative braking system—not to mention amusement rides. 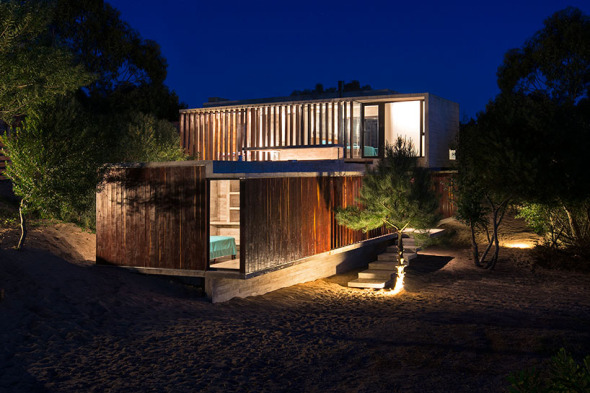 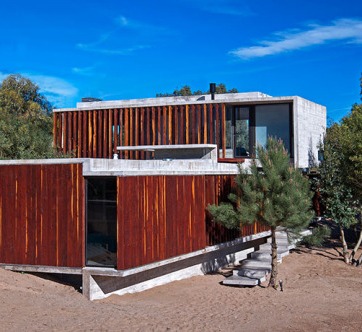 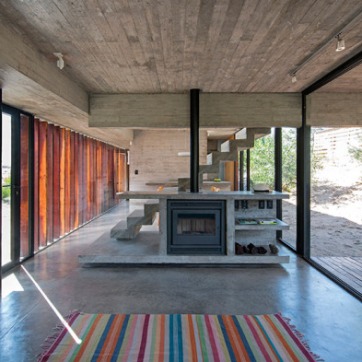 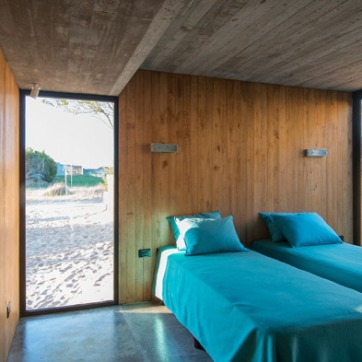 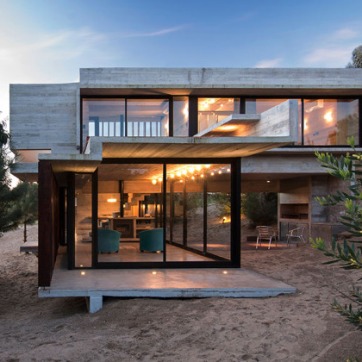 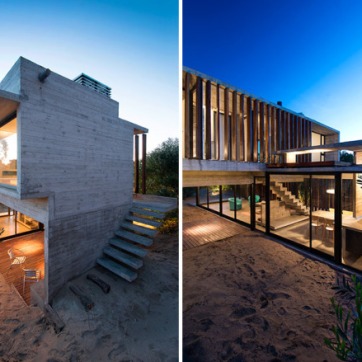 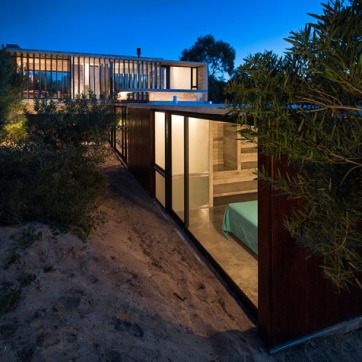 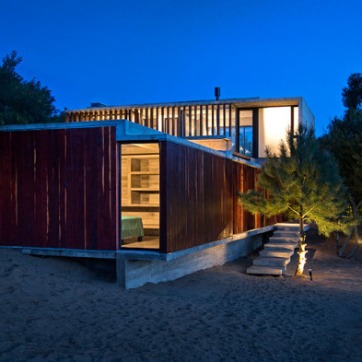 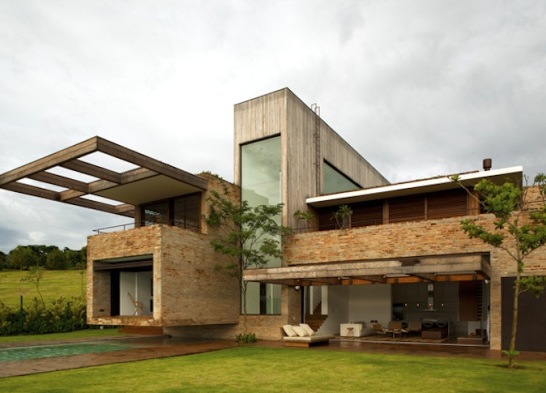 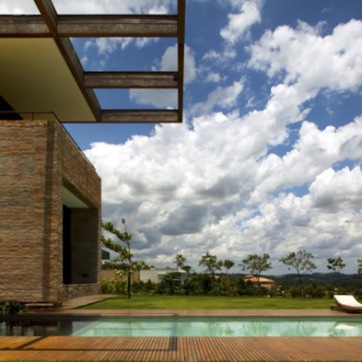 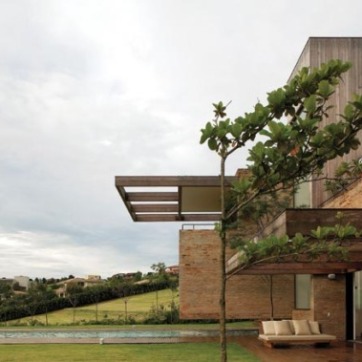 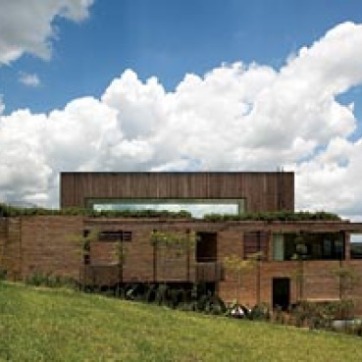 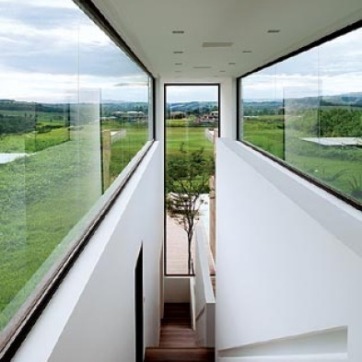 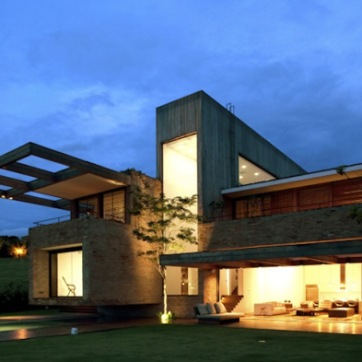 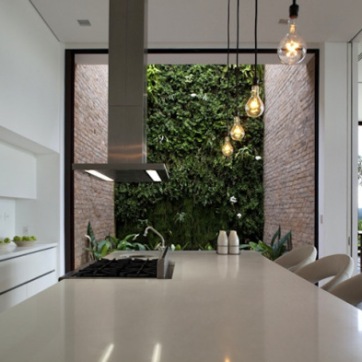 An avid art collector, the casino mogul reportedly plans to install the 2,000-pound Popeye – immortalized in his signature macho man pose, clutching a can of spinach – at Wynn’s Las Vegas casino.

According to Alexander Rotter, co-head of contemporary art at Sotheby’s, “Popeye represents the beginning and the end of pop art.”

Koons’ gleaming, 6.5-foot tall rendition of the beloved cartoon character is a three-of-a-kind piece thoughtfully crafted by Koons – an indisputable master of creating oversized sculptural works, who has created an assortment of sculptures, from giant balloon dogs, to toy trains and tulips.

Believe it or not, Wynn’s winning bid is not the highest price one has ever paid for one of Koon’s pieces. Last fall, the legendary artist’s “Balloon Dog” became the most expensive work ever sold by a living artist when it was sold for $58 million at a Christie’s auction. 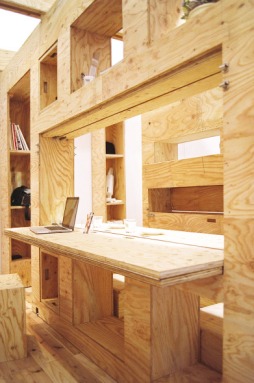 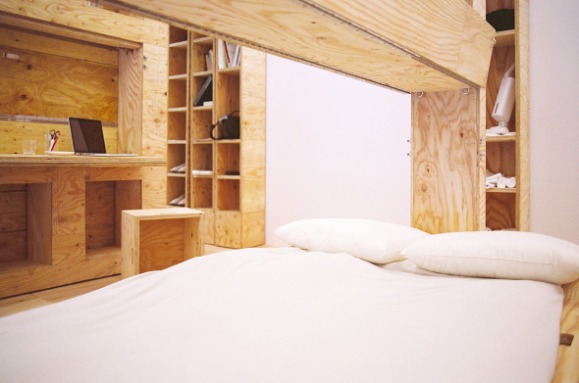 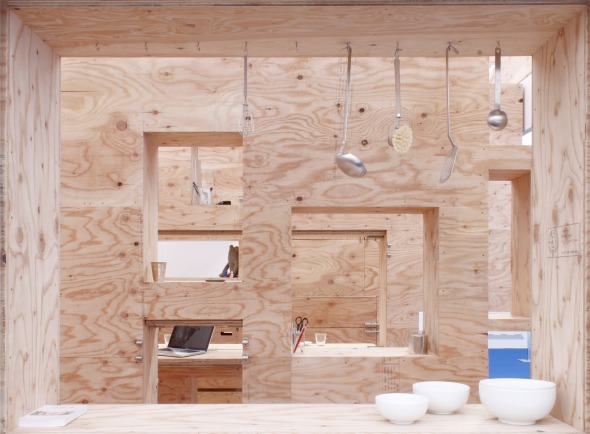 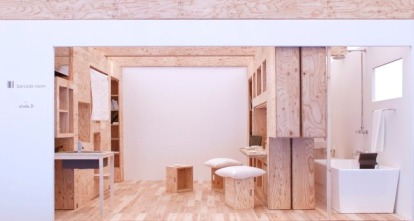 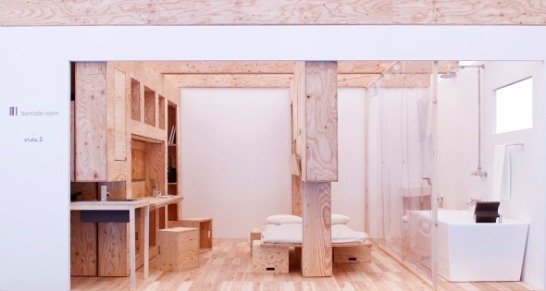 “Pinned Up” at the Stedelijk Museum in Amsterdam is the first major exhibition dedicated to Marcel Wanders, a Dutch designer known for products with unexpected materiality and its quirky interior.

Recognized as one of the most famous Dutch designers, Wanders has become known to the public in 1996 thanks to the Knotted Chair – a combination of high-tech materials interwoven with a traditional macramé – became the symbol of the Dutch Design in those years, thanks to the support of Droog Design. 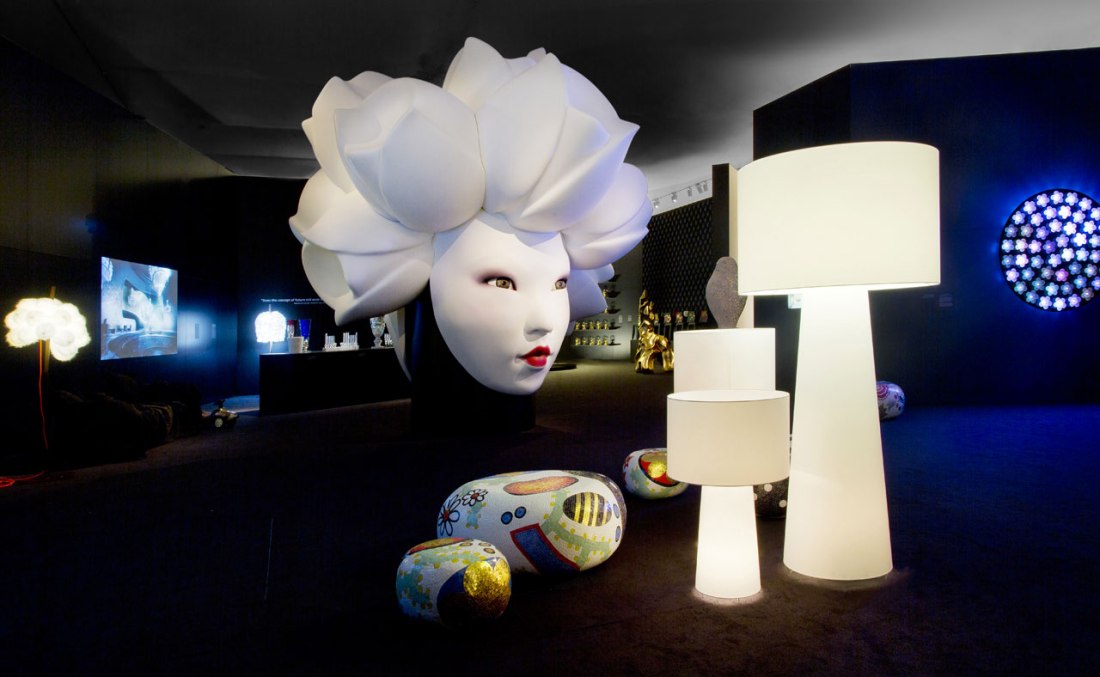 The exhibition is divided into three different zones: the central area black, one white that you spread around, such as a peripheral route, and a third lounge area. This division represents the duality of the designer and its production is characterized by diversity and discovery.

During an interview on the opening day, Wanders tells how this bipolarity has accompanied his career and personal development as a person and designer. “We have divided the exposure in both left and right hemispheres,” he confides, “in the white area, rational, educational try to show a side of the world analytic area is positive that adds beauty to people’s lives. Another way of looking at the same world, though, “says the designer,” shows us a universe where things are less rational, a place of dreams and doubts, perhaps, a place sometimes sad and painful. These two worlds are both important and present in my life. “

The exhibition begins with a crossroads, where the visitor is asked to make a choice, starting with the light or the darkness, as if to subconsciously divide the audience between dreamers and thinkers.

The white zone is in turn divided into 10 topics, including crafts, fiction, innovation, archetypes and the change of scale. Here you can find, arranged in a linear layout and classic, some classic pieces such as the Knotted Chair, the Egg vase, chandelier Zeppelin and Lace Table, but also the most daring experiments such as the Airborne Snotty Vases, vases printed in 3D from virtual models of mucus produced by sneezing.

In contrast to this bright space, which almost reminds a showroom, the black area instead introduces a more personal and experimental work consisting of the most impressive scenery and theatrical. In this area it is clear the intent to create an immersive space, like an underwater journey through mysterious objects, such as lamps worn by half-naked women (three static performance performed in occasion of the opening), giant rotating heads and a soundscape and abstract perhaps a bit ‘pushy. 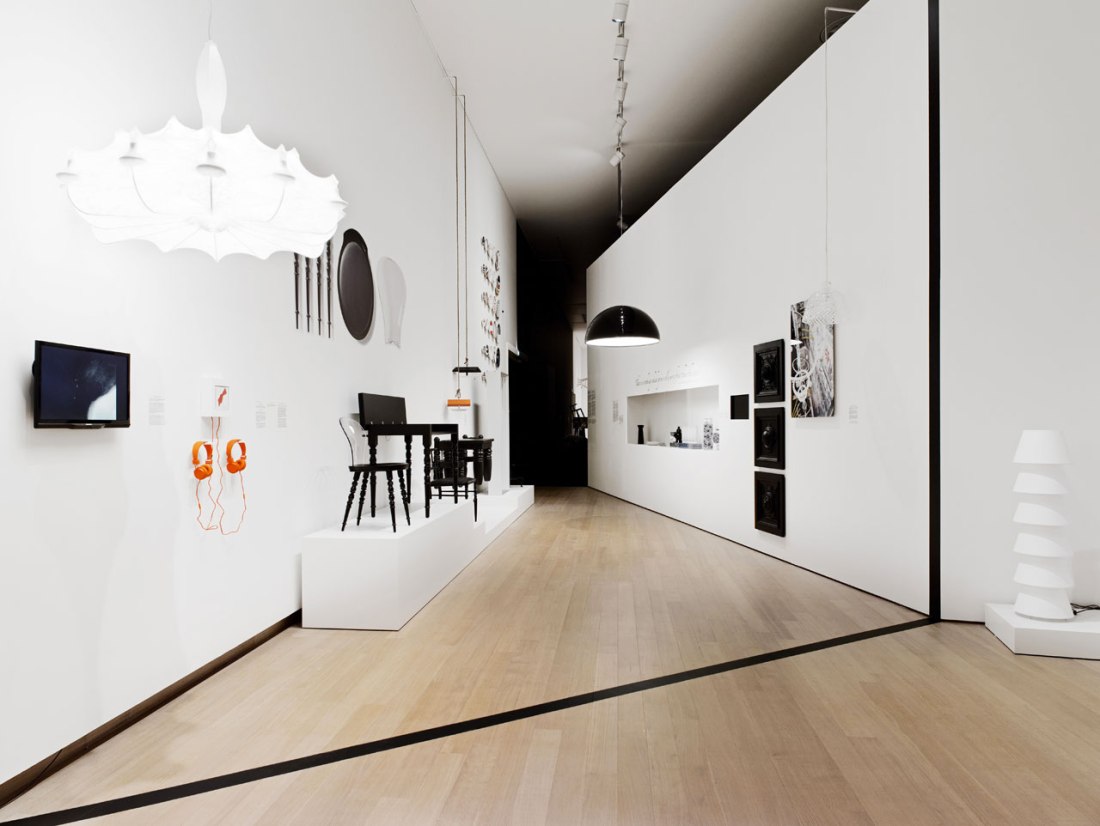 In this area there are also works in more technological as the Wallflower Virtual Bouquet and Interiors, a series of seven dynamic pictures presented for the first time on this occasion, representatives and imaginary digital environments, enriched with a few pieces of Wanders and in some cases not intended for production.
The last area, lounge area, offers visitors the chance to finally discover catalogs and advertising campaigns related to capital Wanders as creative director, highlighting some of his collaborations with other big names in the industry such as Jasper Morrison and the brand Moooi, of which he is a co-founder.

“Pinned Up” represents 25 years of Marcel Wanders, an event interpreted by the designer as a milestone and the end of a chapter, the beginning of a journey towards a new direction. “I watched a lot of my past in the past two years because of this show,” he says Wanders, “and I think it’s a very important moment for me, after which I will have to cut some things. In ten years I’ll be likely to split our projects between those who came before or after this event. “

The exhibition occupies the basement of the new extension of the Stedelijk and symbolizes the enormous variety represented by his work, from experimental materials and craftsmanship redundant decorations and sculptures out of scale. The study Wanders himself is responsible for the design of the stands, which is why you were expecting maybe the most impressive scenery and unpublished.

In this diversity, it is hard to find a common thread, but Marcel reassures us in this quest confessing that the leitmotiv of this story is that when he and his curiosity led him. It is interesting to see how Wanders through this route, despite the commercial success of some of his works, interior has not abandoned the search for materials and his ironic approach to product design. The exhibition, however, leaves the visitor with a desire to learn more about the process that led to these experiments in an attempt to understand aspects of craft and material only superficially in the exhibition. 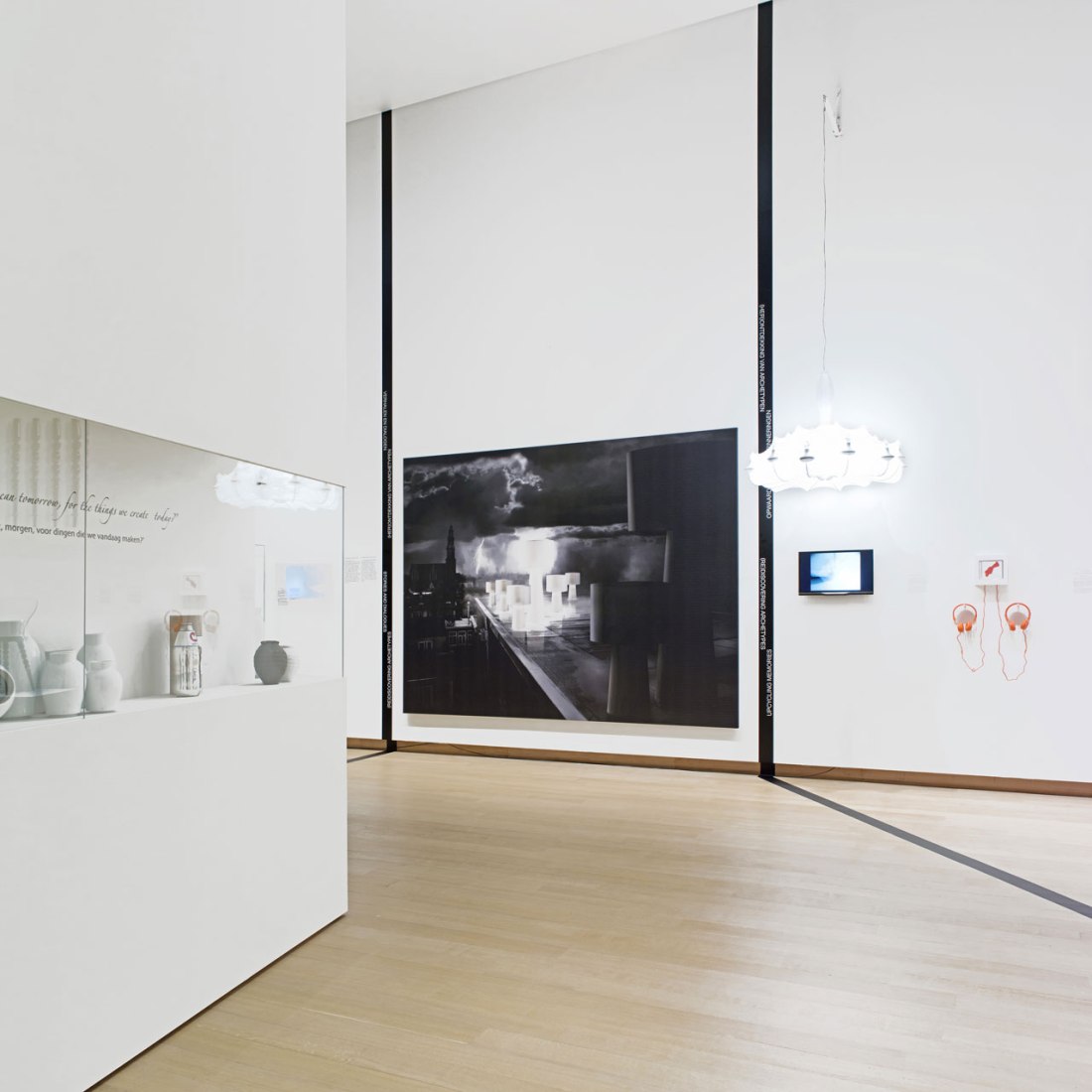 In addition to being the largest exhibition dedicated to Marcel Wanders, “Pinned Up” represents a return to the design of the Stedelijk that the recently re-opened in September 2012, it was mostly focused on the scope of art. Curated by Ingeborg de Roode “Pinned Up” is the result of a decade-long collaboration, and will be open until 15 June 2014.

Luxury automaker Bentley unveiled The Bentley Home Collection in Paris, and it’s not exactly what we expected. Made for those who truly have an unlimited budget, the series bears the Bentley logo in luxurious fabrics so you can take the comfort of your sexy sports car into your own home.

The collection does not, however, bear as much quilted fabric as expected and maintains a neutral color palette, so really the Bentley designs can suit most interiors…though the company seems to have played it safe in all aspects.

We’ve covered some lovely glowing furniture here on Haute Residence before, but these chic chairs and sofas take a slightly different approach. Made of recycled materials and filled with sizable air bubbles, Via Lattea offers comfort and mood lighting for indoor and outdoor spaces.

In the market for a three-piece sofa? These will run you about $7,800…likely the most expensive inflatable furniture purchase you’ll make in your lifetime! No matter…they’re totally worth it! 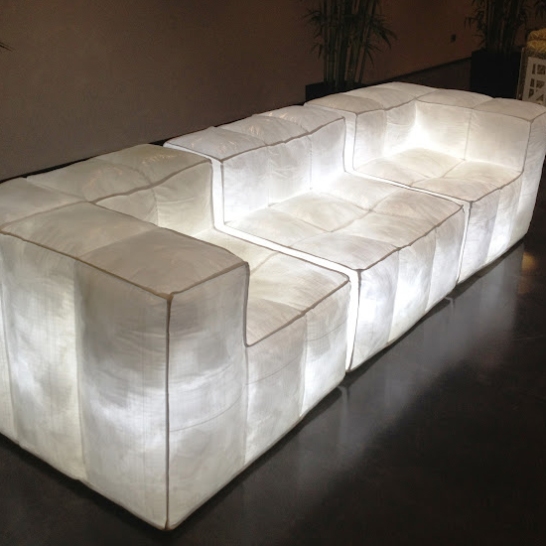 During the Salone Healthy at the Fair of Bologna, Salamanca & Co Design oversaw the preparation of Sanakids “Good life. Happy life. Pop up stories “, the exhibition dedicated to the creative and interactive healthy eating, culture of wellness and smart play.

The exhibition, eco-friendly and made in collaboration with the departments of carpentry and tailoring of the Prison Bollate, provides a large wooden table about 40 square meters, the archetype of a square and a new Community model, defined by corner, a green and houses pop up on stilts, each of which is developing the project of the participating companies.
The “Apple-tools” is based on current lifestyles and opportunities, moments and activities that accompany the daily consumption of the apple. The six varieties of apples, Golden, Red Delicious, Gala, Fuji, Granny Smith and Morgenduft identify the lifestyles Fun , Smart and Active . For each style was made ​​a starter kit, consisting of objects that tell so figuratomomenti and daily habits, shared by adults and children.

Salamanca Design & Co, View of the exhibition “Sanakids. Good life. Happy Life. Pop up stories” at the Fiera di Bologna, 2013
The exhibition “Kitchen pop up” conveys the idea of the game-cuisine restaurant that ideally can be explored by children, decomposing and recomposing interactive elements and accessories. The goal is to bring new attention to the imaginary of the games and its evolution in translating and interpreting visually accessories and utensils for cooking, for both children and adults.
The installation “Baby Nursery” has developed as a forest-tree-wall composed of nests within which to discover the biological and authentically organic new products of the promoter.

In an installation that invites to meditation, called “Baby Zen”, with natural elements such as stones and water and inspired by the colors blue and black packaging essential, the sponsoring company invites you to experience a new approach to the care and welfare of child.
The installation “The Secrets of the grain,” says the research work and the protection of indigenous varieties of cereals: Piave, Gentil Rosso, San Pastore, Canove, Senatore Cappelli, giving the opportunity to consumers and children, in particular, to deepen the cultures, histories, emotions and elements of folk wisdom associated with these foods. Each ear of corn contains a different story that the visitor can discover in the exhibition.

In the project “A table with a smile” on a large table collective visitors can browse through the pages and discover the path illustrated by the views, expressions and simple and spontaneous emotions of children.
In the installation “Making echo” of the furnishings are built using only certified eco-friendly materials, such as ecological panels LEB, produced from 100% recycled wood material and component non-toxic water-based paints. 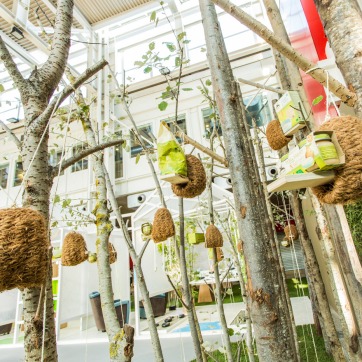 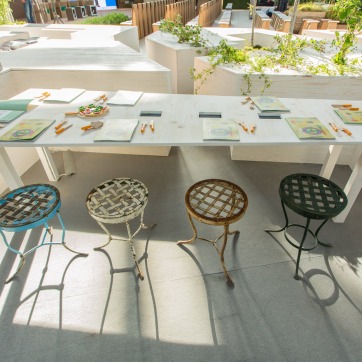 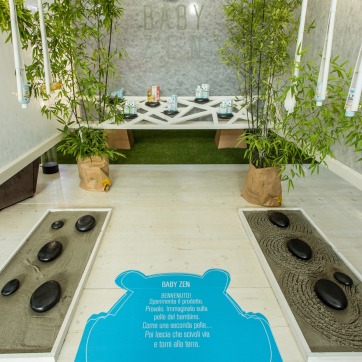 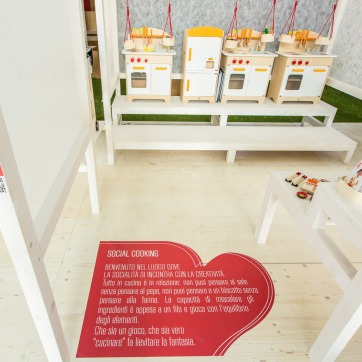