By Ann Brenoff
Actress Drew Barrymore has sold the Montecito estate where she and art consultant Will Kopelman were wed, real estate sources told The Huffington Post. The property sold for $6.35 million; Barrymore bought it in 2010 for $5.7 million. Barrymore listed it in May at $7.5 million and reduced it twice.

The two-story 1937 traditional home sits on two private acres and has six bedrooms, 7.5 bathrooms, more than 6,000 square feet and lots of parking. The grounds also contain a separate two-story guest house and loads of rose bushes, flowering trees and fruit trees, according to the listing. But no word on who the buyer is or where Barrymore is going. 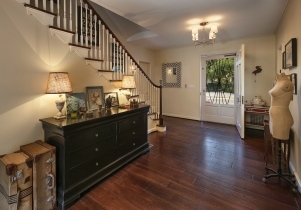 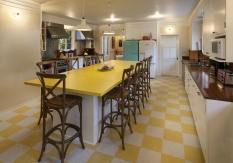