As co-founder of AOL, Marc Seriff brought Internet exploration to desktops across the United States. For many of us, America Online represented a whole new world, a dial-up golden age full of news, email and chat rooms.

Seriff, who served as AOL’s senior vice president and chief technology officer until 1996, has listed a waterfront mansion in Horseshoe Bay, TX. Candy Evans of Candy’s Dirt reports that Seriff is asking a cool $7.5 million for the Marble Falls property.

Built in 1997, the sprawling seven-bedroom, eight-plus-bathroom mansion boasts a whopping 11,761 square feet on Lake Lyndon B. Johnson. The home enjoys sprawling views of the lakefront via floor-to-ceiling Pella windows. Other interior highlights include hardwood flooring, “lavish” plaster walls, and a pair of master suites.

In addition to a boathouse, infinity pool and a solarium, Evans keys in on a few other luxury amenities found within the multimillion-dollar property:

“There is an immense game room with its own private catering entrance and a fully equipped bar, billiard zone, and a roomy cinema/entertainment area. Located at the far end of this is the regulation sized racquetball court – complete with high-impact glass spectator wall, separate temperature control and an adjacent locker room with a steam shower.”

A noted Texas Longhorns fan, Seriff and his wife retired to Texas in 1996 and have been splitting time between the Horseshoe Bay mansion and a condo in downtown Austin. In addition to his work with AOL, Seriff has served as director of IntelliHome, CEO of Eos Management and director of U.S. Online Communications. He was also one of the first employees of Telenet Communications. 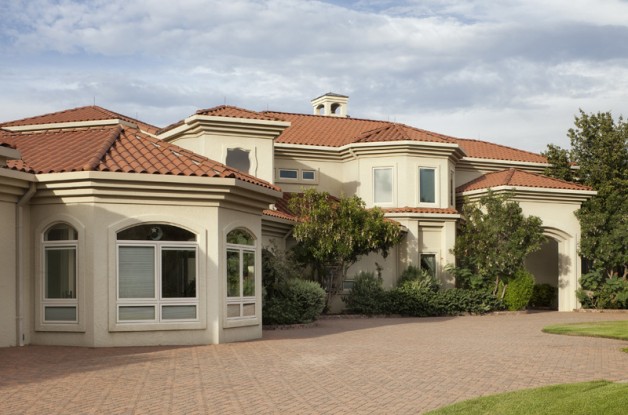 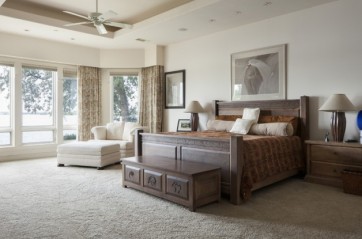 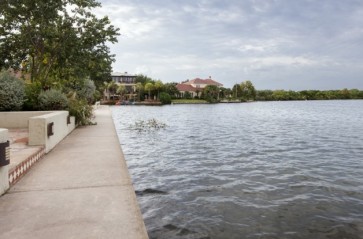 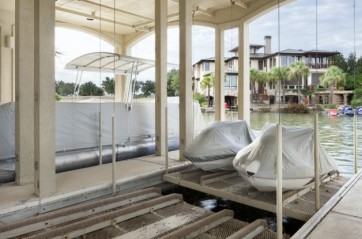